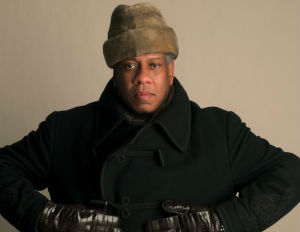 AndrÃ© Leon Talley knows fashion, or rather he is fashion. The fashion magazine editor of NumÃ©ro Russia has come to New York to celebrate fashion week and in the meantime talked with Chris Witherspoon of theGrio.

In his talk Talley discusses the changes that hip hop has brought to the fashion world and gives his opinion about Russell Simmons’ Harriet Tubman parody.

Talley acknowledges that Simmons is a philanthropist, a man of achievement, but for his actions he should just be banned from the front row of fashion week for this season.

“I don’t think Russell Simmons should be seated on anybody’s front row this week after having done that disgusting Harriet Tubman sex tape. He is a man of great achievement. He is a great philanthropist….why would he think it would be an honorable thing to do? He said he thought it was funny. That is not funny… it is outrageously disrespectful to the legacy and history of Harriet Tubman and to the struggle.â€