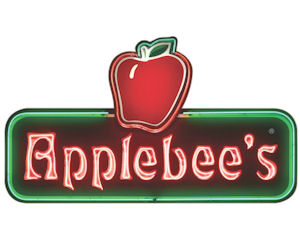 Zane Tankel is Chairman and CEO of Apple-Metro, an Applebee franchisee that owns over 40 restaurants in the New York metropolitan area. He was quoted on Fox Business News last week saying “We’ve calculated it will [cost] some millions of dollars across our system. So what does that say — that says we won’t build more restaurants. We won’t hire more people.â€ Tankel said his restaurants employ 80 to 300 people per location and he can’t raise prices in the current environment.

“I’m sure all our people are watching this right now so I don’t want to make any commitments one way or another,â€ Tankel said. “I want to simply say we’re looking at it. We’re evaluating it. If it’s possible to do without cutting people back I’m delighted to do it. But that also rolls back expansion. It rolls back hiring more people. And in the best case scenario, we only shrink the labor force minimally.â€

News of these comments lead to threats of a boycott of Applebee’s on Twitter, with the hashtag “#BoycottApplebees” trending. One user tweeted to the Applebee’s account: “Hey @Applebees, Firing workers for political reasons is WRONG! My family will BOYCOTT YOU until you change your policy!â€

Applebee’s International President Mike Archer made clear that Tankel did not speak for the Applebee’s company.

“Recent public comments by one Applebee’s franchisee about the possible implications of the ACA (Affordable Care Act) on jobs within his individual company were not the views or opinions of either Applebee’s or other franchisees, although we respect his right to speak freely as an American,â€ Archer said in a statement. “Importantly, it is also worth nothing that this franchisee opened a new restaurant last week that created approximately 200 jobs, and will be opening another restaurant next month with a similar number of positions. Applebee’s and our franchisees remain committed to growing our business and providing opportunities for employees in the future.â€

“Because final regulations and guidance are still pending from government agencies regarding the Affordable Care Act (ACA), exactly how our franchisees will implement the law when it takes effect in 2014 is still uncertain,” Archer said. “However, we do know that our franchisees will comply fully with the law and take every measure possible to continue doing right by their employees — the lifeblood of their businesses. Applebee’s franchisees have always led their companies as responsible, caring employers, and implementation of the new law will be consistent with that commitment.”