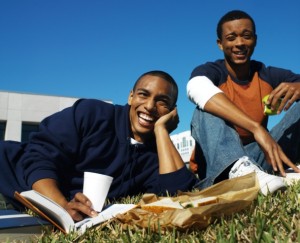 This is some of the hardest work in education.

That was the gist of education reform wunderkind Chris Barbic’s July open letter announcing that he was stepping down as superintendent of Tennessee’s Achievement School District; the state-run district charged with turning around the state’s worst schools.

In that letter, Barbic said that he had discovered it was “much harderâ€ to fix existing schools than to start up new ones, as he did running YES Prep; a highly successful charter school network.

Barbic’s resignation comes as legislators in states across the country–including Pennsylvania and Georgia–consider creating similar special districts for their worst schools. So-called turnaround districts are already up and running in three states: Louisiana, Michigan, and Tennessee. They share many strategies: converting some schools into charters; replacing teachers and administrators; giving staff more freedom when it comes to things like curriculum, hiring, and budgeting; and, in some cases, pumping in more money.

But, more than a decade after the first such district was founded in Louisiana, the results have been mixed. Turning around high schools–where the stakes are arguably highest as students prepare to head out into the real world–has proven to be particularly frustrating for reformers.

Julie Corbett, a consultant who specializes in turnaround strategies, said that for high school turnarounds especially, it takes more than a new curriculum and higher expectations.

“It’s all about wraparound services,â€ said Corbett. “And I’m not just talking about a counselor. Educators need to be thinking about dental care, healthcare, weekend jobs, childcare for young moms, and the list goes on. It is key to figure out early, Â . . . . all the wraparound supports the school needs.â€

The proposed Pennsylvania district, like the Tennessee one, will be taking on the hardest cases–focusing on schools that rank in the state’s bottom 5%.

Read more at The Hechinger Report.