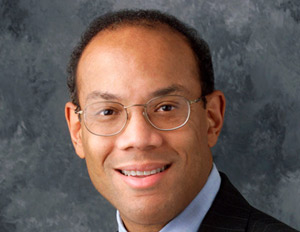 Here is the 2nd in our series of videos featuring the “Impact Players” in the African American community, throughout Black History Month.

Ariel Investments CEO John Rogers sits down with Reuters Impact Players host Robert Wolf in a project with Black Enterprise to talk about how he’s become one of the most country’s most successful African-American businessmen and what he learned from the 2008 financial crisis.

Rogers explains that he became interested in investing at a young age and his success at random jobs such as selling popcorn at concession stands gave him the confidence to strike out on his own at 24.

Rogers says he learned more about the entrepreneurial spirit by watching Chicago leaders such as George Johnson. The Chicago native also talks about the importance of Black History Month and how his parents shaped his personality, sense of honesty and desire to live up to his obligations.