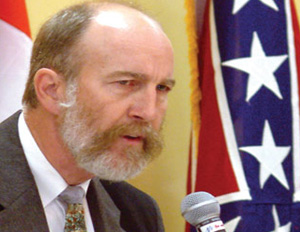 Another Arkansas Republican has given the ‘OK’ for slavery in America.

Republican Loy Mauch has written letters dating back to 2000 in support of slavery.

According to reports, Mauch wrote letters in 2009 to the editor of the Arkansas Democrat Gazette supporting slavery and the Confederate South.

Read more at The Grio