LeToya Luckett and her husband Tommicus Walker have held it down in their marriage for a year, and they are celebrating. Luckett recently made a heartfelt post about their first year of marriage and what she’s learned. 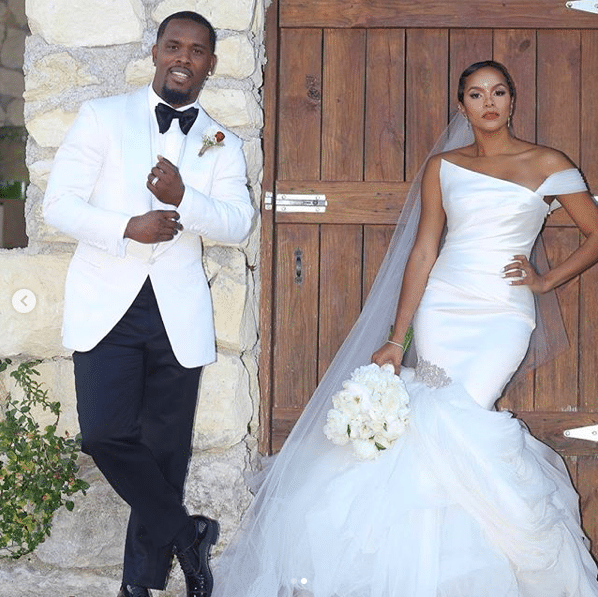 Luckett took her fans down memory lane and shared stunning photos from her wedding. Her marvelous white mermaid-shaped wedding dress hugged her curves perfectly. The singer was also seen in the photo rocking her signature short finger-wave hairstyle.

The mommy-to-be shared the photo on Tuesday to her Instagram. In her very lengthy caption, Luckett started off talking about their marriage so far. “Today Dec. 10th marks the 1 year anniversary of my marriage to my King.” She continued, “This year has been a whirlwind for us to say the least & our Faith in God has kept us through it all. I’m blessed to have married a man who prays with me & for me. He keeps me laughing. He loves our growing family more than anything & he takes care of my heart.”

The former Destiny’s Child singer didn’t forget to add that their marriage wasn’t perfect and that she’s learned a lot about being patient. “Our marriage isn’t perfect…but it’s PURPOSED! Marriage is definitely what you make it & I’ve learned so much this year. What have I learned? A LOT! But here are a few of my favs: Prayer changes things. We’re stronger together. Have patience (like hella patience

Her admission that her marriage isn’t perfect couldn’t have been much of a shocker to fans. The couple’s appearances on “T.I. & Tiny: Family & Friends Hustle” exposed many of their marital woes. During episode 2 of the reality show, Luckett felt her husband was neglecting her. Walker was away visiting his daughter from a previous relationship when Luckett was having false labor contractions. She told him that getting pregnant only a few months after their marriage was overwhelming. “Baby, we are doing a whole lot, we’re still getting to know each other.”

The fans voiced concern about them being on the show and that it may be a bad idea for them.

“She shouldn’t have agreed to be apart of this show in that case. Why have the world scrutinise your newly established marriage.”

“Reality tv breaks up marriages Im just saying only few like one of two stayed married after the cameras was off.”